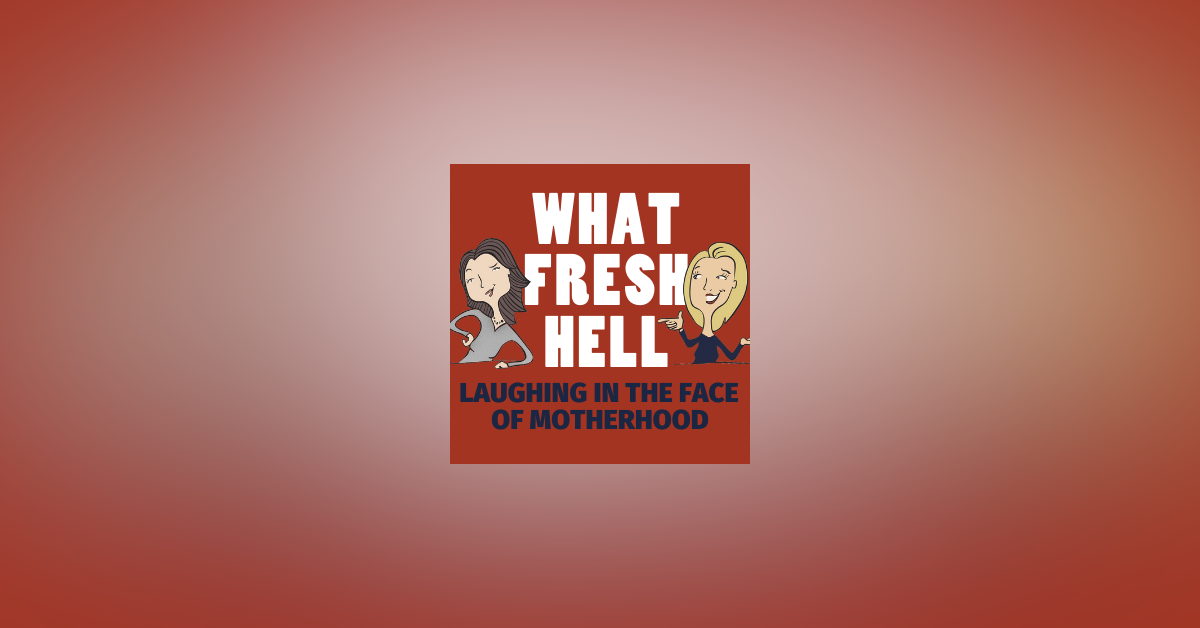 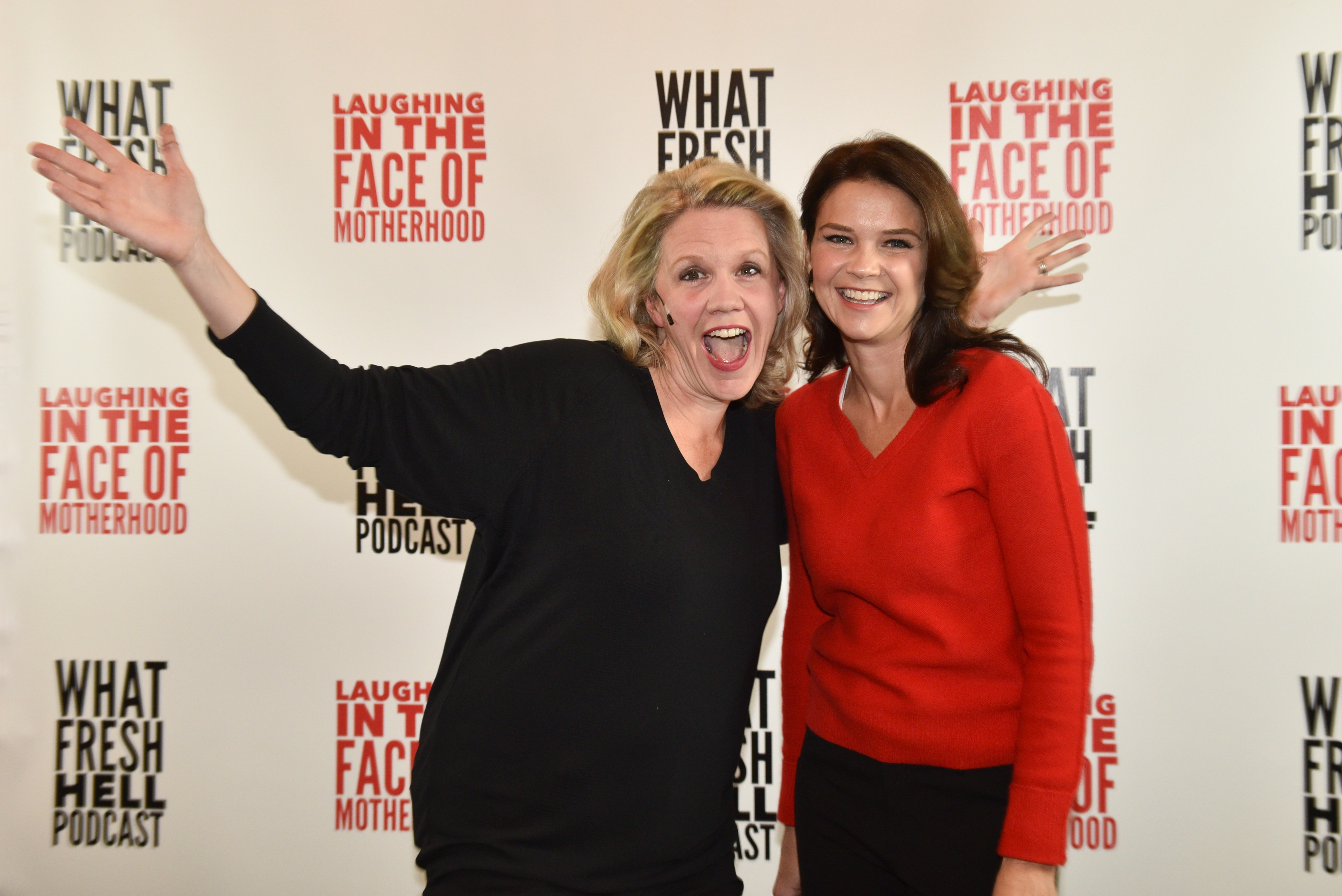 We’re Amy Wilson and Margaret Ables, two moms with tons of experience in comedy. Amy wrote a bestselling parenting book, toured the country with a one-woman show called Mother Load, and was a series regular on several sitcoms. Margaret started out in standup, wrote for PBS Kids and MTV, and became a senior writer for Nickelodeon’s “Nick Mom.” You can scroll down to read our full bios, but along the way, we also each became mothers of three children, now aged 8 to 18.

We engage with the same parenting issues every mother does, although we do things differently. Margaret raises her kids in suburbia; Amy’s raising her kids in the city. Margaret is laissez-faire; Amy is an over-thinker of the highest order.  For each of us, some parenting challenges are more difficult than others; but if we put our heads together, we come up with solutions.

In each episode of “What Fresh Hell: Laughing in the Face of Motherhood” we discuss a sticky bit of parenting- anything from sick days to sleep training. We talk about it, laugh about it, call out each other’s nonsense, and then we offer our listeners concrete takeaways.

The podcast launched in the fall of 2016.

In 2017, “What Fresh Hell: Laughing in the Face of Motherhood” won the People’s Choice Podcast Award for Best Kids and Family Podcast.

In May 2018, “What Fresh Hell: Laughing in the Face of Motherhood” won the Iris Award for Best Podcast.

FAQ: Why did we name our podcast “What Fresh Hell”?

It is said that 20th-century humorist Dorothy Parker, known for her ferocious wit, would answer her telephone or doorbell by saying “What fresh hell is this?”

Margaret’s mother liked this so much she took it up as her mantra in the 1970s while raising four kids under six.

We decided to call our podcast “What Fresh Hell” as a salute to both of our mothers, true role models in the way they greeted every bake sale, stomach bug, and broken bone of our childhoods with bravery, levelheadness, and most importantly, an always-present, life-saving sense of humor.

Margaret Ables  is a comedian and writer whose work has appeared on MTV, Comedy Central, Nickelodeon, and PBS. Margaret began her career as a comic performer touring the country with the fully-improvised sketch show Tonight As Six. She next created the two-woman sketch show Various Getups, which played at festivals across the United States and Europe. Margaret’s career in television began with MTV’s Celebrity Death Match. She has written for shows such as Big, Big World and Cheyenne at 15, created television shows for Klasky Csupo (creators of Rugrats),and was the head of video production for Nickelodeon’s mom-centric channel NickMom. Margaret teaches improv and public speaking through the New York-based program Rehabilitation Through the Arts. She and her husband live in Westchester, NY with their three children.

Amy Wilson  is the author of When Did I Get Like This? The Screamer, The Worrier, The Dinosaur-Chicken-Nugget Buyer, and Other Mothers I Swore I’d Never Be , which was chosen by Target as an “Emerging Author” selection and optioned by Lionsgate to become a TV series. She is also the creator of Mother Load, a one woman show which toured to sixteen cities after its hit off-Broadway run. Amy currently at work on a second parenting book.  As an actor, Amy co-starred in The Last Night of Ballyhoo on Broadway, appeared as a series regular on two sitcoms (opposite Laurie Metcalf, Norm MacDonald, and Michael Chiklis), and appeared in many other TV shows, films, and plays. Amy has headlined the HBO Comedy Arts Festival, toured the country as an improv comedian with Chicago City Limits, and had a two-year development deal with NBC for her sketch comedy group Live on Tape. For six years she directed the NYC production of Listen To Your Mother, a national series of live readings in honor of Mother’s Day. She has written for magazines like Redbook and Parenting, and news sites like CNN, NPR, and The New York Times. She and her husband raise their three children in New York City.

What Fresh Hell: Laughing in the Face of Motherhood